Can I Eat Root Vegetables On Keto? 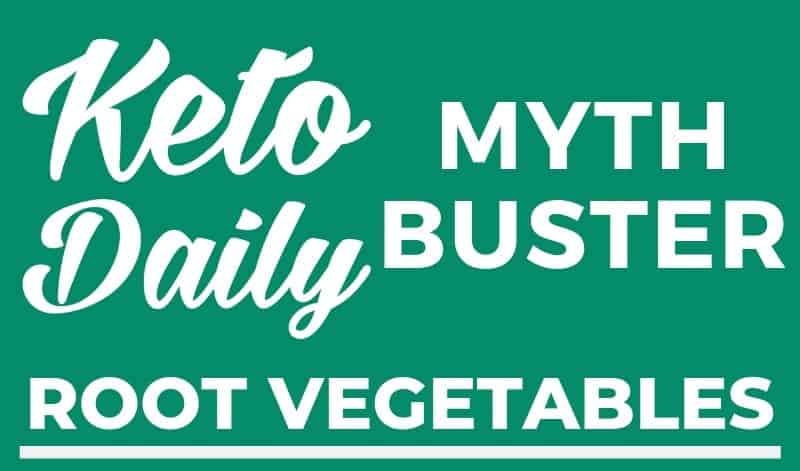 We get asked a lot of questions about what foods are good or bad to eat while maintaining a Keto lifestyle. We wanted to provide some addition resources, in addition to our recipes, to help guide you all on your own personal Keto journeys. Enjoy!

Root vegetables by themselves are not inherently something you should avoid eating. Sure, there are many types of root vegetables that are highly starchy and full of sugary carbs, like the obvious Potato and Sweet Potato, but there are still many that you can eat. There are even some that are considered highly controversial, such as the carrot, which gets a bad rap for being slightly on the sweet side.

You can eat a variety of different Onions on the Keto diet, whether it’s Green Onions (also known as Spring Onions), Red Onions, White Onions, and more that can commonly be found in your local grocery stores.

Yes, Onions have some naturally occuring sugars in them, and so does Cauliflower but you don’t see Cauliflower catching a lot of heat for having a few carbs in it, do you? Just be sure to count your carbs and keep onion intake to a moderate amount. They can taste great in stir fry dishes and fajita bowls, just don’t sit around eating whole onions like their apples, and we won’t tell the Keto Police on you. 😛

If you ever want to get a group of nay-sayers riled up over a recipe, be sure to toss some diced or sliced carrots in there. This ingredient REALLY fires them up. People will come out of the woodworks with pitchforks and hyperlinks swearing up and down that “Carrots Aren’t Keto!”

Well guess what?! Carrots are Keto-friendly, so you CAN actually eat them. One whole medium Carrot only has about 4g of Net Carbohydrates (6g total, minus the 2g of Dietary Fiber). So while you may not want to sit around and eat a bag of carrots and recite your favorite Bugs Bunny quotes, you can certainly include them in your meals.

The Radish might just be the least controversial vegetable to make this list. Maybe that’s because there are so few dishes that call for that Mighty Radish to be included, and we tend to think of them as just being an inconvenient slice of bitterness on our salads. But the Radish actually has a lot of delicious potential in the kitchen.

In addition to being super-low in Net Carbs (Takes about 10 average Radishes to equate to 1 Net Carb) the Radish can also be cooked in a skillet, baked in the oven or Air Fryer, and even boiled. Eventhough Cauliflower continues to dominate the “Fauxtatoes” movement all across the interwebs, Roasted Radishes make a bomb alternative to Red Potatoes when we are talking about a Keto alternative to herb roasted potatoes.

Perhaps not too many people were asking about Beets, but I get the sense that’s just because they aren’t most people’s favorite vegetables. If you try feeding beets in my house, it seems like everyone but me thinks you’re forcing them to compete on an episode of Fear Factor. Beets do contain natural sugars, but at only 5-6 Net Carbs per beet root they aren’t the end of the world.

Outside of fancy restaurants you will rarely see Celery Root on a menu, and I imagine that even fewer households are making this dish for dinner too. Celery Root is nothing more than the actual root of the celery plant, though its composition is totally different than its stalky offspring.

Celery Root by itself can be quite dry and hard, almost to the point of being similar to Jicama. One easy way to make it is to boil it and then mash it up like it’s mashed potatoes. It’s got an interesting flavor characteristic that doesn’t taste quite like a celery stick, in a good way.

No, this isn’t just some funny sounding word that you can imagine hearing some old Wild West Gold Prospector shouting, it’s a decent root vegetable that has a lot of under-appreciated potential.