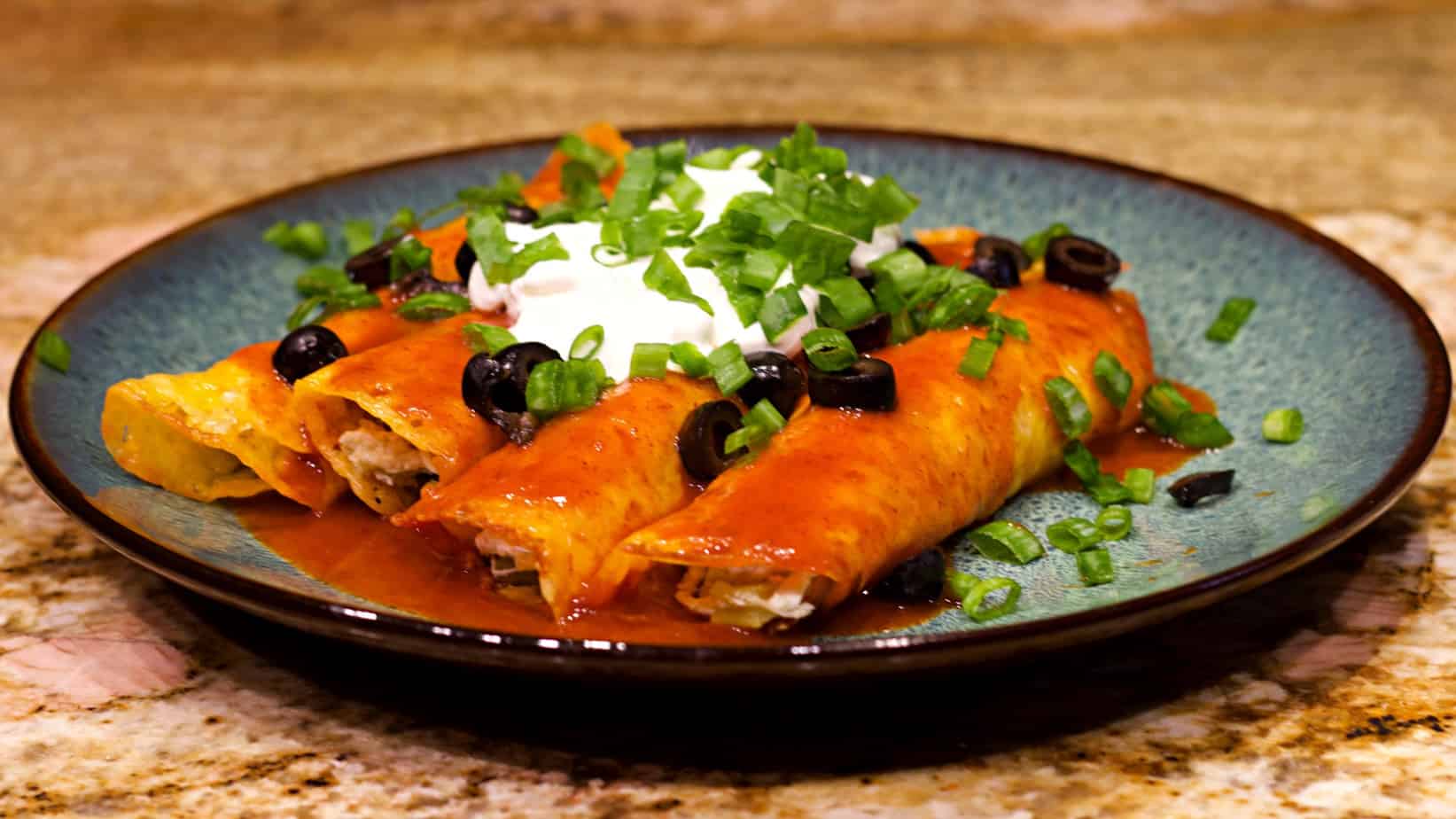 The other day I was thinking about what kind of Mexican style food I could make that would not only LOOK the part, but taste satisfying too. The idea hit me that if I melted cheese to JUST the right consistency I could roll it around some stuffing to make an Enchilada type of dish. Usually when it comes to traditional enchiladas I prefer cheese enchiladas with red sauce, but I thought that stuffing Cheese with Cheese might be overkill. (Feel free to knock yourself out though if you want to try that cheese inception).

I usually buy my Rotisserie Chickens from the store, and strip all of the meat off of them for various recipes, but you can feel free to use an air fryer to make your own bone-in Chicken Breast or Roasted Chicken if you want to. I would not recommend trying to make this recipe with canned chicken though.

My wife and I both think that this dish not only satisfies all of our cravings for enchiladas, but it probably also tasted even better than the real thing. Somehow having the melty cheese as the corn tortilla replacement makes this taste even more rich and satisfying.

SPECIAL NOTE: The nutrition facts include ALL of the ingredients, so if you want to make this dish even MORE LOW CARB you can cut out the Sour Cream, Olives, and Green Onion, and you would make this dish almost Completely CARB-FREE.