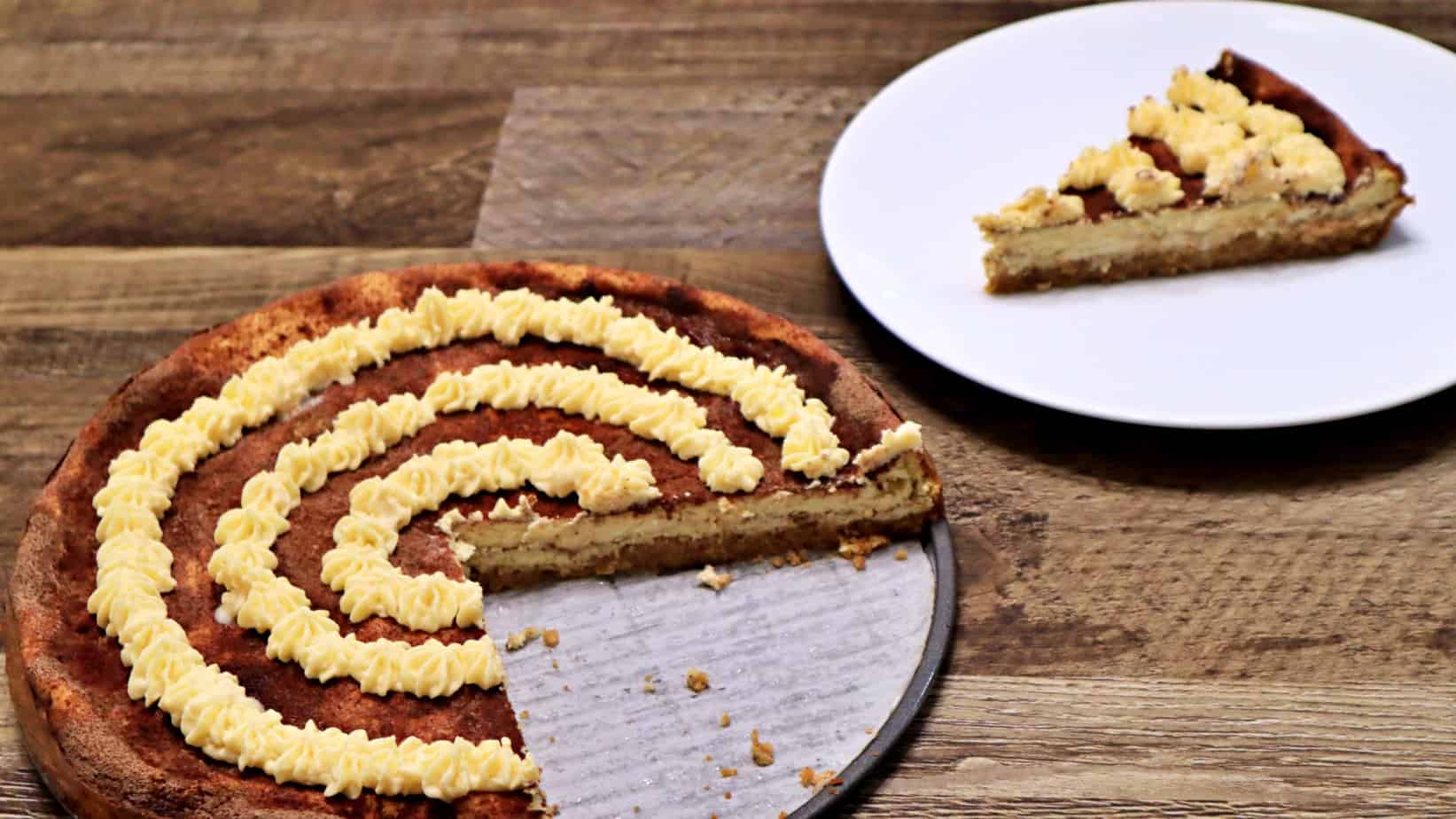 You could certainly make this Cheesecake recipe thicker if you want to, by increasing the amount of filling that you use and baking it a little longer, but I wanted something that tasted great and also did not take as much time or money to make as my traditional Keto Cheesecake recipe. The Icing is also something optional, but who can have a Cinnamon Roll without some of that delicious icing, right?!

This recipe works well as a whole cheesecake, or could also be made in a muffin tin for smaller individual servings if you prefer to portion it out that way too. I like to eat mine as a nice hearty slice (or two) for breakfast or Dessert. For that matter, I find it best to make this the night before I plan to eat it, because it does take at least a couple hours to cool off properly and set in the refrigerator after it has been baked.