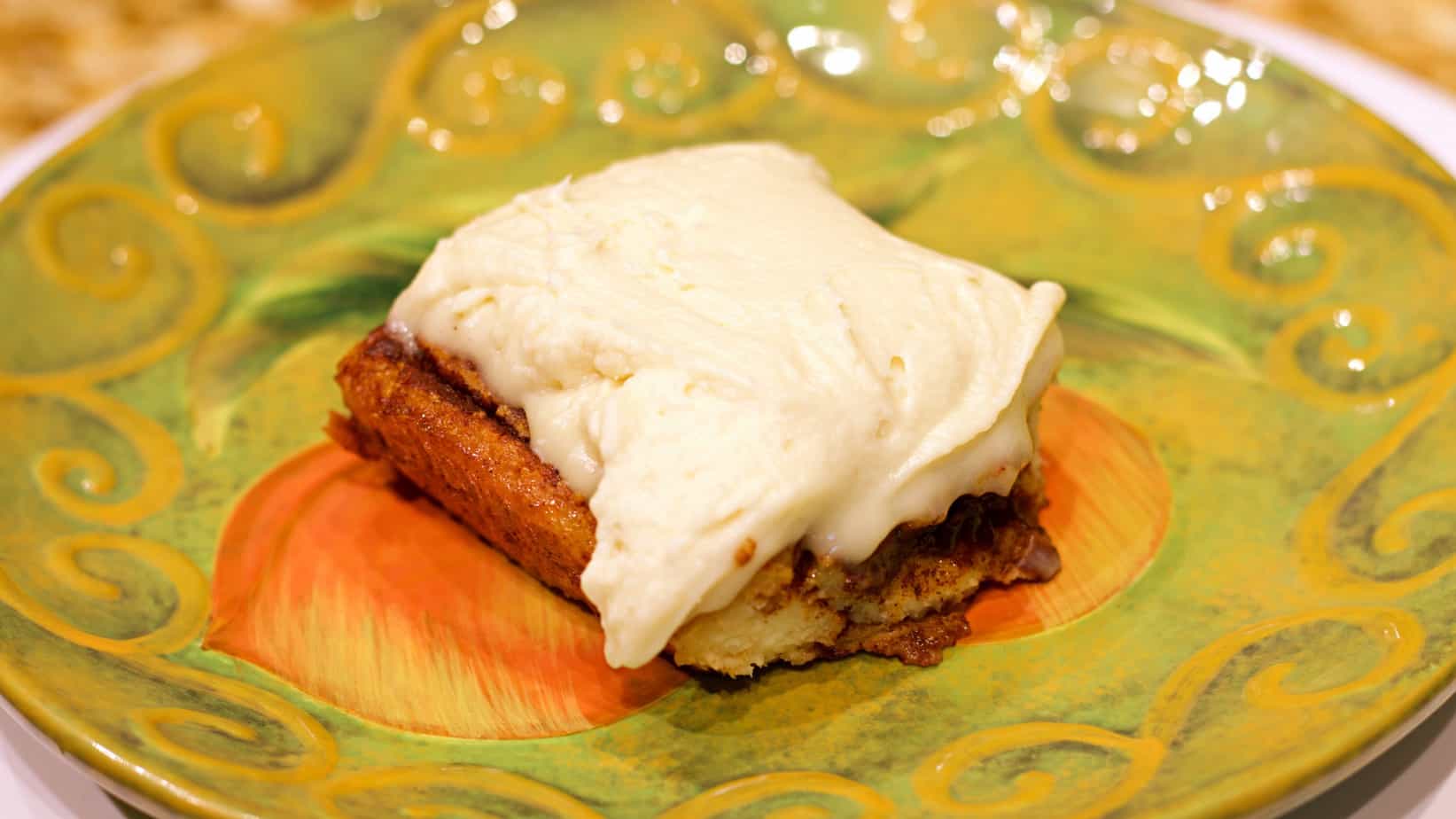 This Keto Cinnamon Roll Recipe is something to make on the weekends for breakfast or as a dessert when you are really feeling like having something special. Each frosted cinnamon roll is only 3 to 4 Net Carbs each, which means that you might feel tempted to eat a few of them, but they are more filling than they look. The dough is dense and filling, and there’s plenty of frosting here to go around in this recipe. No more getting charged for extra at the mall.

The level of effort that goes into making these is moderate, but totally doable. You have to think of breaking down the process into three steps. First the Dough, then the Filling, then the Frosting. Just read the recipe and go step by step, no need to rush. Also, don’t make the filling before you take the dough out of the fridge, as it will harden up quickly. If it does, just put it in a microwave safe container and heat it up in the microwave to make it fluid again.

SPECIAL NOTE: These taste really good without the frosting too, so if you want to cut down on prep work, calories, cost or whatever you could choose to just make the cinnamon rolls by the selves, and or jut put some butter on top of them instead.