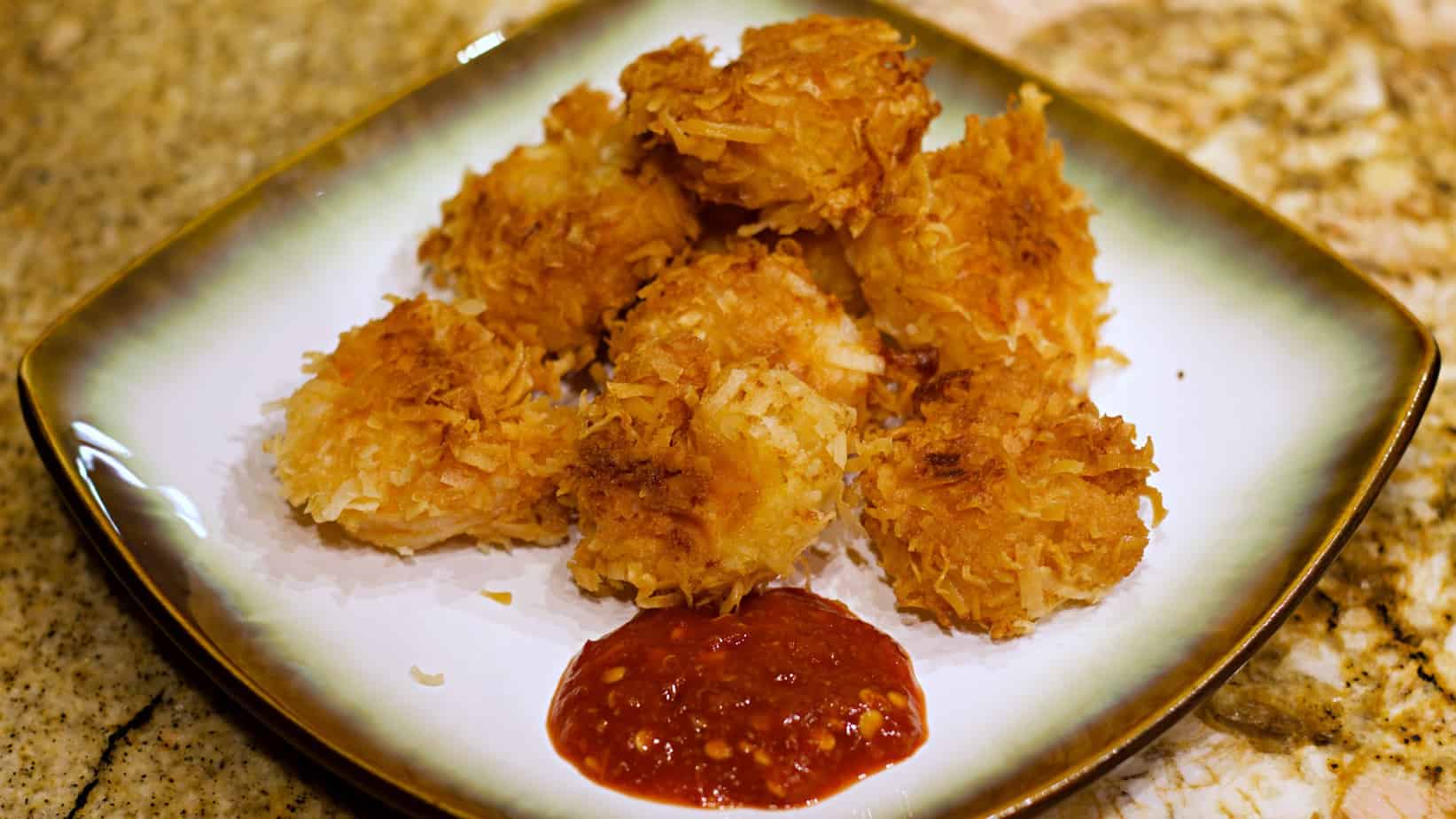 There are so many ways you can make coconut shrimp, no need to recant the scene from Forrest Gump to prove it 🙂 One of my favorites is Coconut Shrimp, though the restaurant version is often very sweet, and served with a pineapple and chili sauce that is also not Keto-friendly. I was set out to find a simple and easily reproducible coconut shrimp recipe that should win your tastebuds over.

We opted to sweeten the egg mixture in this recipe, rather than use sweetened coconut flakes, as that allowed us to use a non-glycemic sweetener that kept net carbs down low.

Since I like spicy food, and I could not find a Keto-friendly alternative to the pineapple and chili sauce that is often served with Coconut Shrimp, I opted to use a readily available Garlic Chili Sauce that had no carbs in it too. If you do not like Spicy Food you will probably need to find another dipping sauce, or eat these plain. They taste great on their own either way, because there are 4 different versions of Coconut Being used in this recipe: from the Coconut Flour, Coconut Oil, Coconut Milk, and Coconut Flakes.

SPECIAL NOTE: While the sweetener is optional, most traditional Coconut Shrimp recipes call for a lot of sweetness, so if you are trying to reproduce the restaurant style Coconut Shrimp you will want to use the sweetener. But it tastes great either way! Additionally, you will NOT be absorbing or using all of the ingredients called for in this recipe, and this recipe calls for a lot of egg, coconut flake, and coconut oil, etc that will be tossed away at the end of making the dish that is why the nutrition facts do not represent the total absorption of all of the coconut oil, etc.