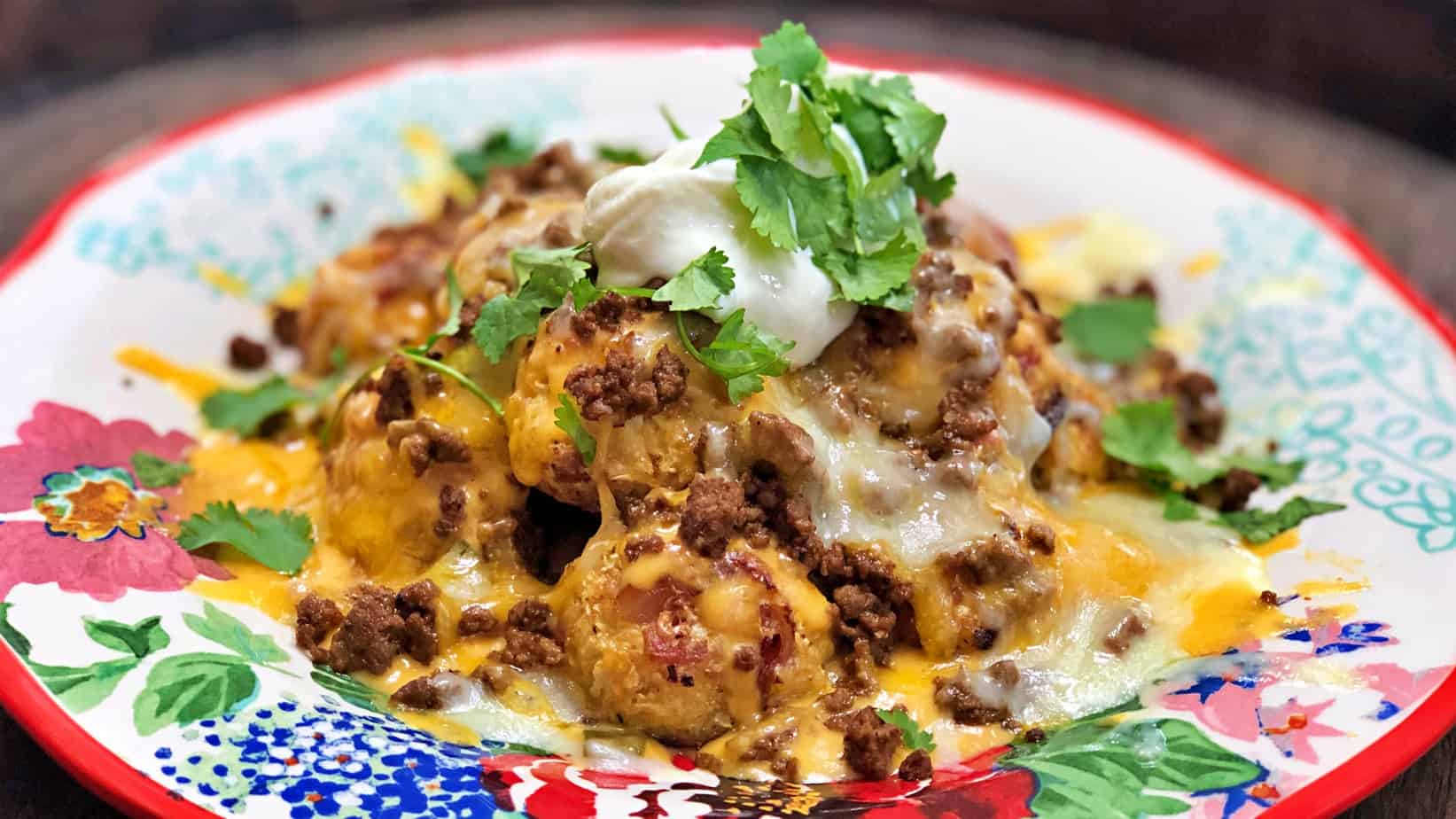 These Keto Loaded Nacho Tots were inspired by a friend of mine who claimed that the Loaded Nacho Tots at Denny’s were to die for. Me, not being inclined to eat at Denny’s or make such radical claims about the quality of their food, I decided to take his word for it and make a Keto version for myself. The flavor blew me away, as it was somewhere between a Chili Cheese Twice-Baked Potato and a Loaded Nacho Bar, just simply filling and delicious.

Due to the fact that everything in this recipe is made from scratch it does take a little more time, but there are a few parts of it that can definitely be used to make other delicious recipes in the future too. The Tots themselves would make an awesome side dish, and would probably be even better in the air fryer (though we opted to back ours this time around). The Nacho Cheese Sauce could also be poured over a juicy Ribeye steak to make a Keto Steak Cortez. Speaking of which, that’s a Keto Dinner that we should make a recipe for in the near future.

Once Your Tots and other ingredients are done, top with the Ground Beef, and the Shredded Cheddar and Monterey Jack cheeses. Then pour the Nacho Cheese Sauce on top.

NOTES: You can also top the Keto Loaded Nacho Tots with Sliced Jalapenos, Sour Cream, Cilantro, Green Onion, or whatever else you prefer to have on your nachos that is Keto-friendly too.

Additionally, you will not be using all of the Ground Beef when you make this recipe, so there will be some leftovers. The Beef just doesn’t seem to come in packages smaller than 1 Pound so we made it that way. 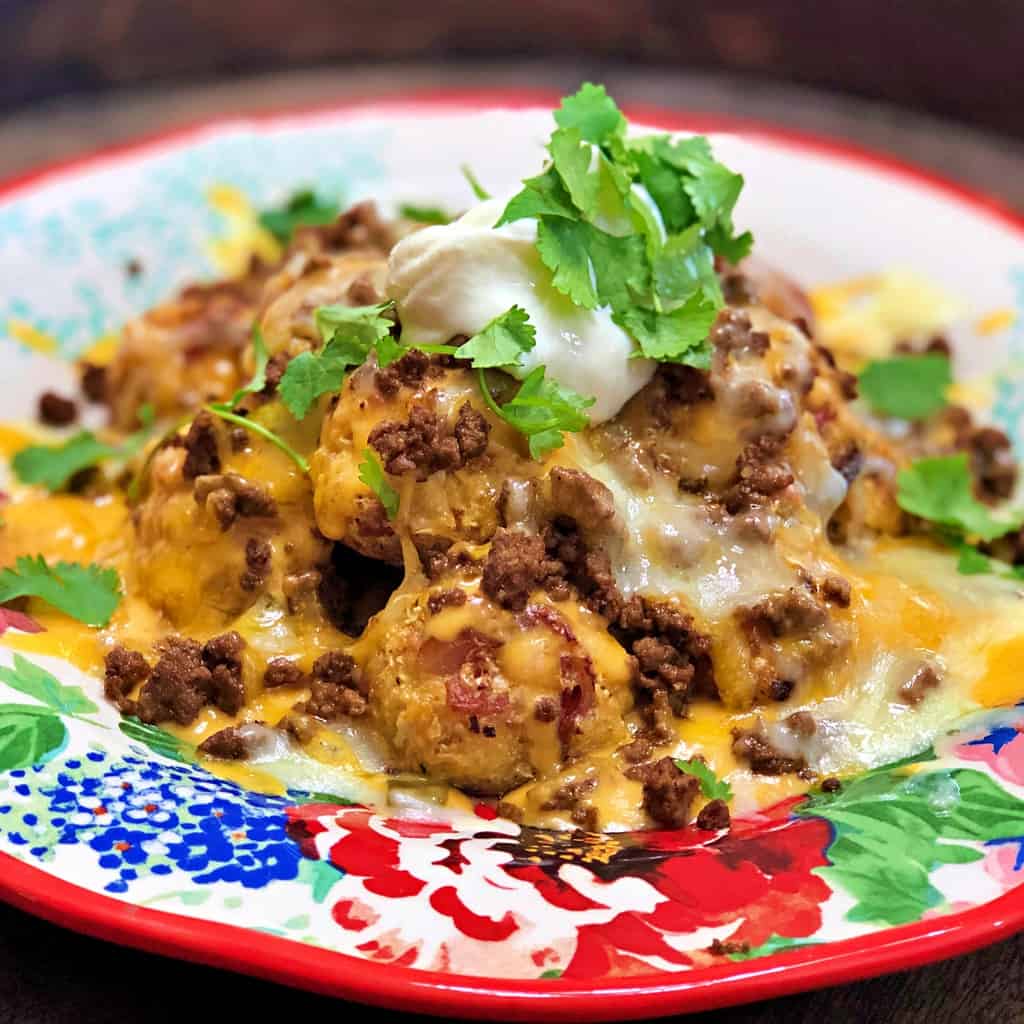