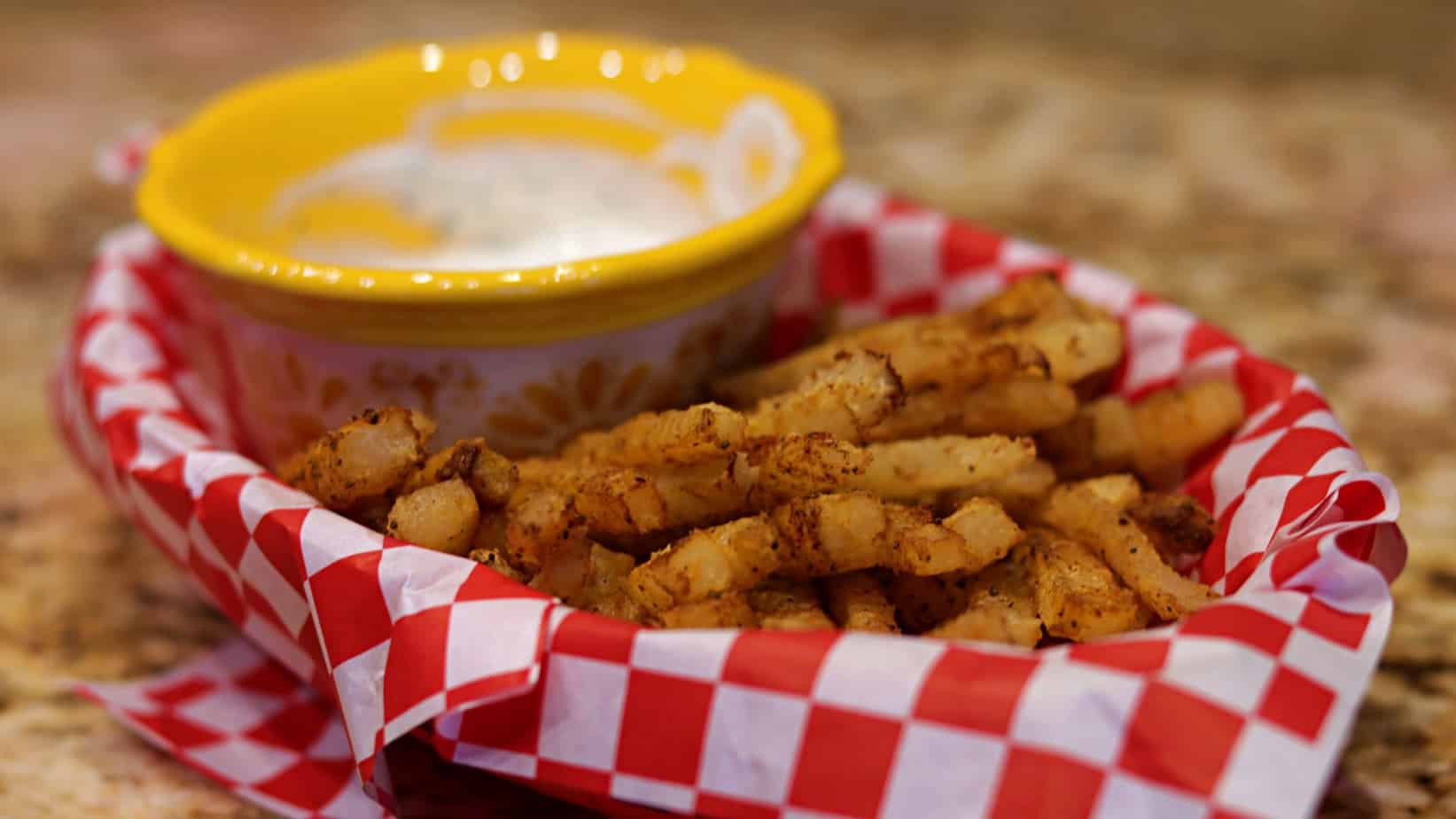 Many people who are eating Keto, or even just a low-carb way of eating in general, can have difficulty with random cravings for french fries. Maybe it is the smell as you drive past a fast food restaurant, or just the general consensus that french fries taste good. That’s where these Keto Low Carb Jicama Fries come to the rescue.

This recipe is really so simple, but it just takes time to make them properly…trust me, it’s worth the wait. You could dramatically speed up the cooking time if you happen to have a deep frier, and I have also had luck shaving about 10 minutes off of the baking time in my air fryer too. There are really a few different ways of making these Jicama Fries that it makes them versatile enough for many people to be able to make and enjoy them.

There are two main seasonings that I like to dust my Jicama Fries with, the first is Old Bay which is very easy to come by and available at most grocery stores. The other seasoning I also like to use sometimes is called Gatorbreath, but I have only found that at one local country store near my house so far. You can pick that one up on Amazon though, and it makes a phenomenal Steak Seasoning for Ribeyes and T-Bones. 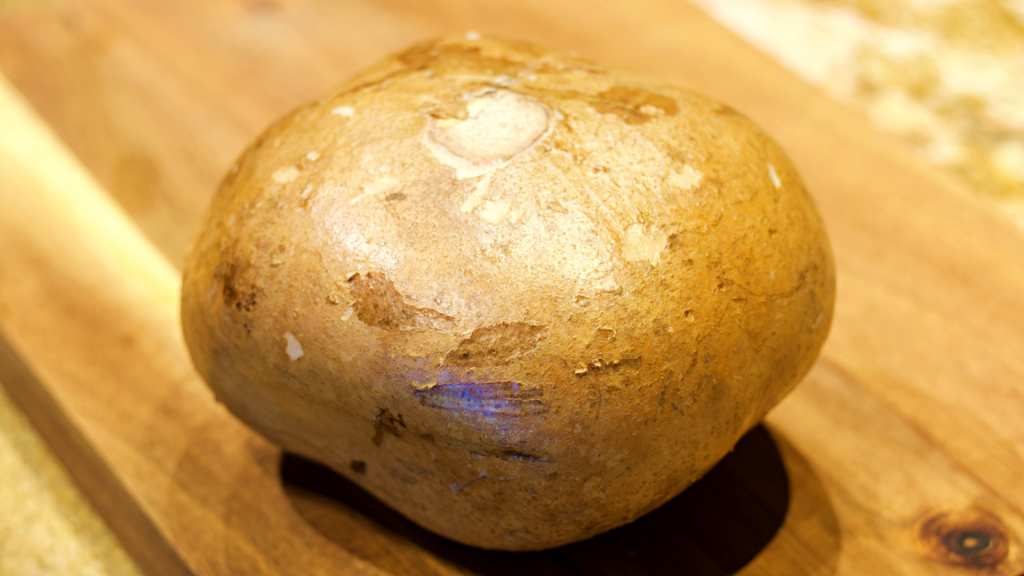 The Jicama plant is really an uninspiring looking vegetable, much like how a boring old potato would look, though much much bigger. The Jicama can also be a little tricky to cut, so I recommend a VERY sharp knife. Be careful when cutting it too, because until you get it cut in half it always seems to put up a little fight. I also don’t generally recommend using a vegetable peeler on the outer skin, since it is very fibrous and that makes it harder to peel. Just cut the outer edges off carefully with your knife instead. The center of the Jicama is not as stringy and fibrous as the outer part, and is much more manageable to work with (like a raw potato). 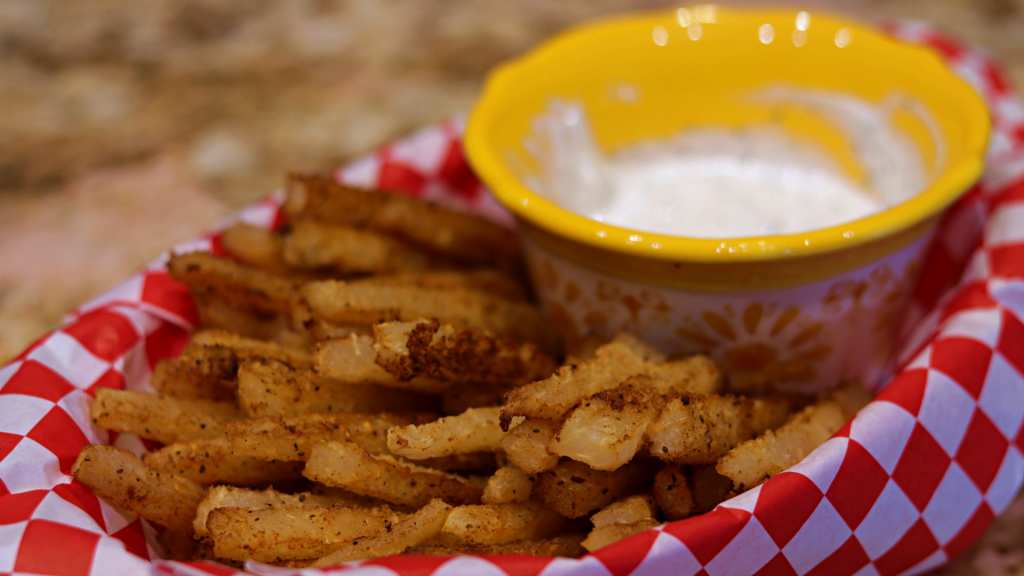 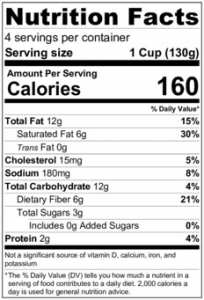 To Make the Dipping Sauce shown in the video: