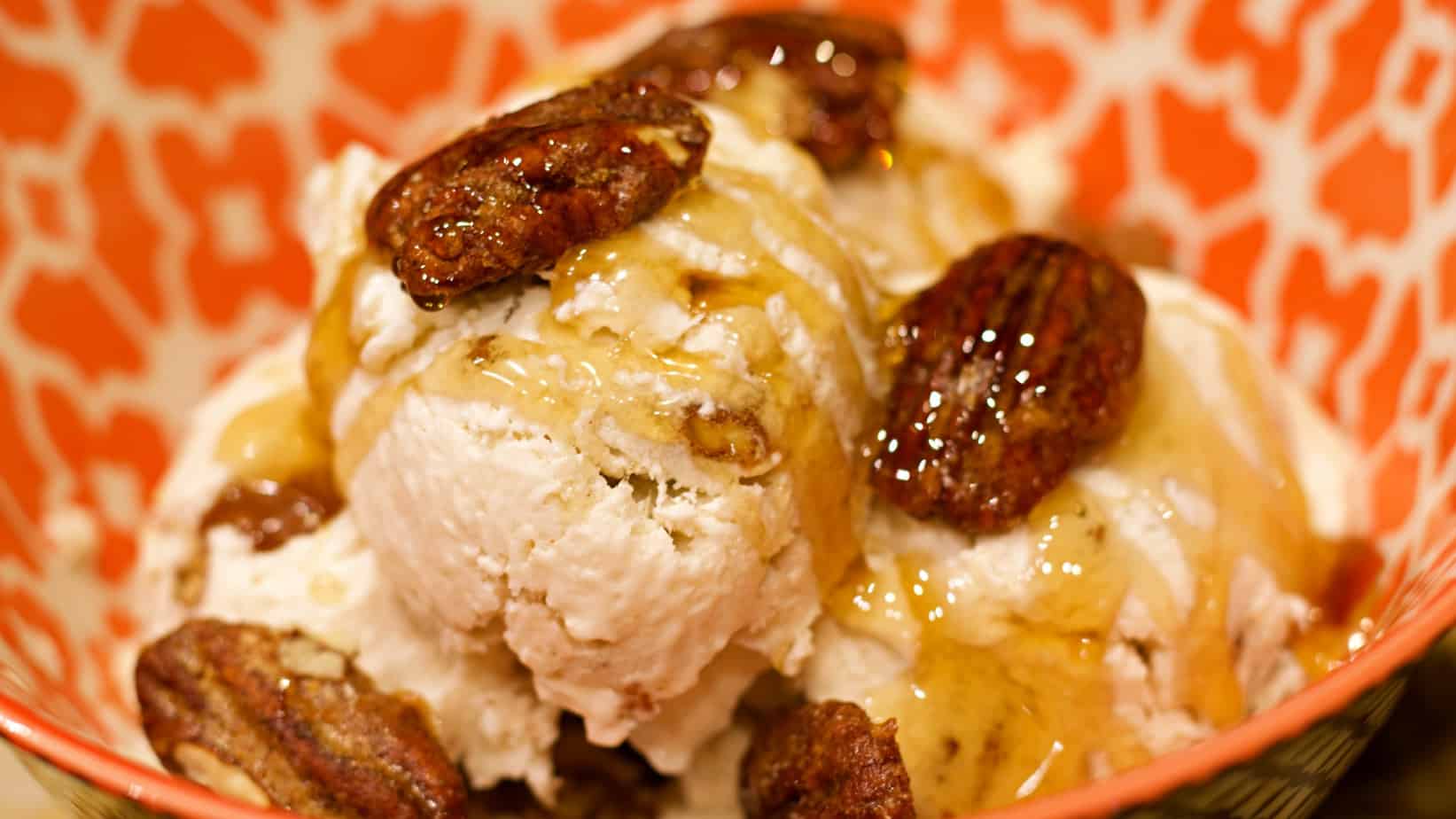 Usually when people think of Ice Cream they are probably thinking of Vanilla or Chocolate, but I wanted to go all out on this Ice Cream recipe and make something a little more special. As an added bonus, you also get to make up a big batch of Candied Pecans that will make a great low-carb snack throughout the week as well as putting some of the extras on top of the ice cream if you want to also.

Butter Pecan is one of my favorite flavors of ice cream, so I created something close here with the Maple Pecan Ice Cream recipe. As an added bonus, if you have about 2 more carbs to spare you can drizzle the ice cream in your bowl with a little bit of the ChocZero Maple Pecan Syrup (but don’t put it in the frozen ice cream or it will freeze hard as a rock).

This might look like it is a complicated dish, and I would classify it as a moderate dish but still not too complicated as say my Fried Rice recipe. Plus you have a dessert that you can keep in the freezer for up to a couple weeks if you want to treat yourself over a period of time. So it’s not like you have to make this all that often. The Recipe yields about a quart or so of Ice Cream, and it is very filling and packed with fat. Think of it as your frozen ice cream fat bomb!