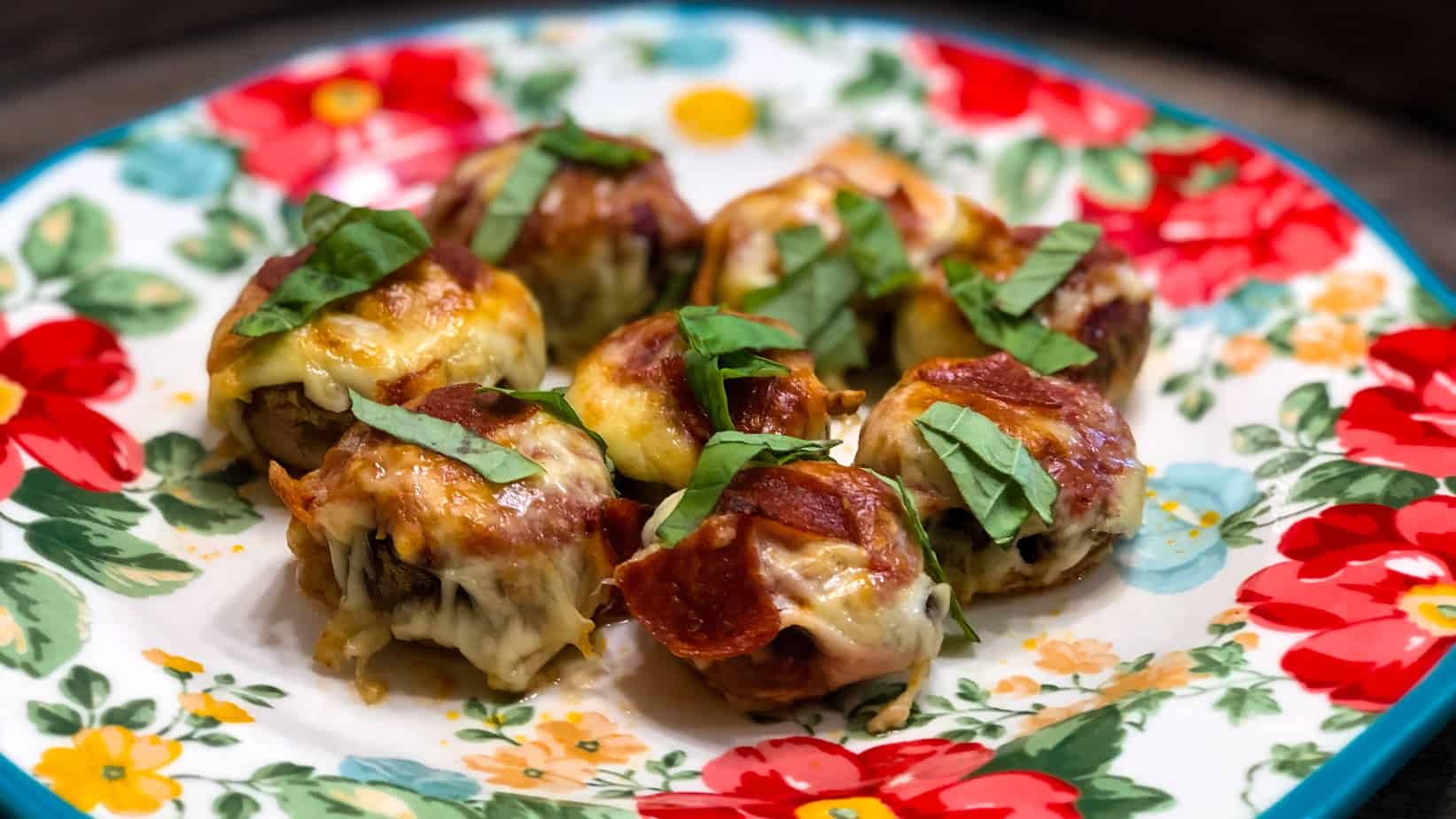 There’s almost no such thing as a bad Pizza, that’s why it’s one of most people’s favorite foods in the United States. When cutting down on the carbs and trying to make a version that is Keto-friendly you could always go for out Keto Pepperoni Pizza Recipe or make these Keto Mushroom Pizza Bites too. These make an excellent appetizer that even non-Keto friends and family will love too!

The idea to make these came to me around the holidays when a friend brought something similar to a party and everyone ate them up so fast. They are of course WAY better right out of the oven, but they reheat really well if you want to make them ahead of time and store them in the refrigerator for a few days. Can someone say MEALPREP!

There are some carbs in this dish, but most of them come from vegetables, which is probably the best way to get your carbs as opposed to artificially sweetened foods. 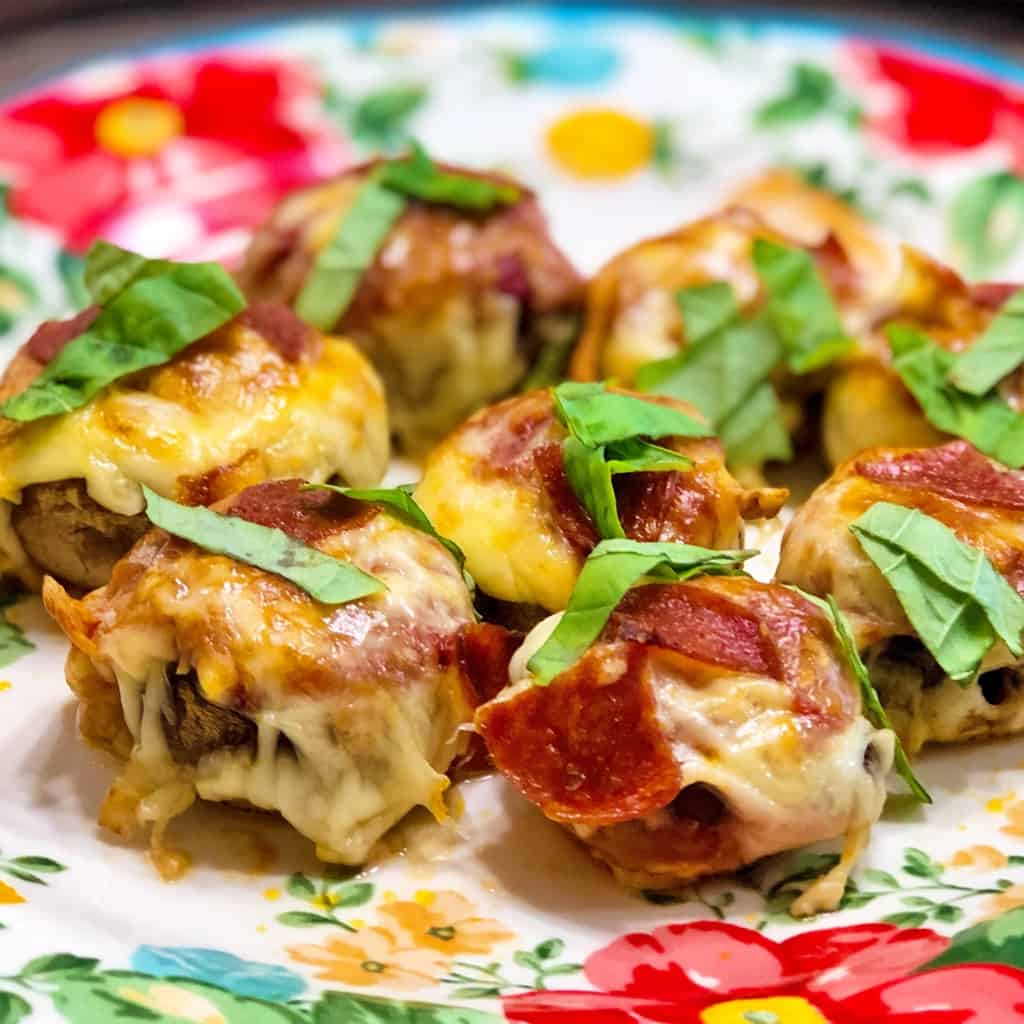