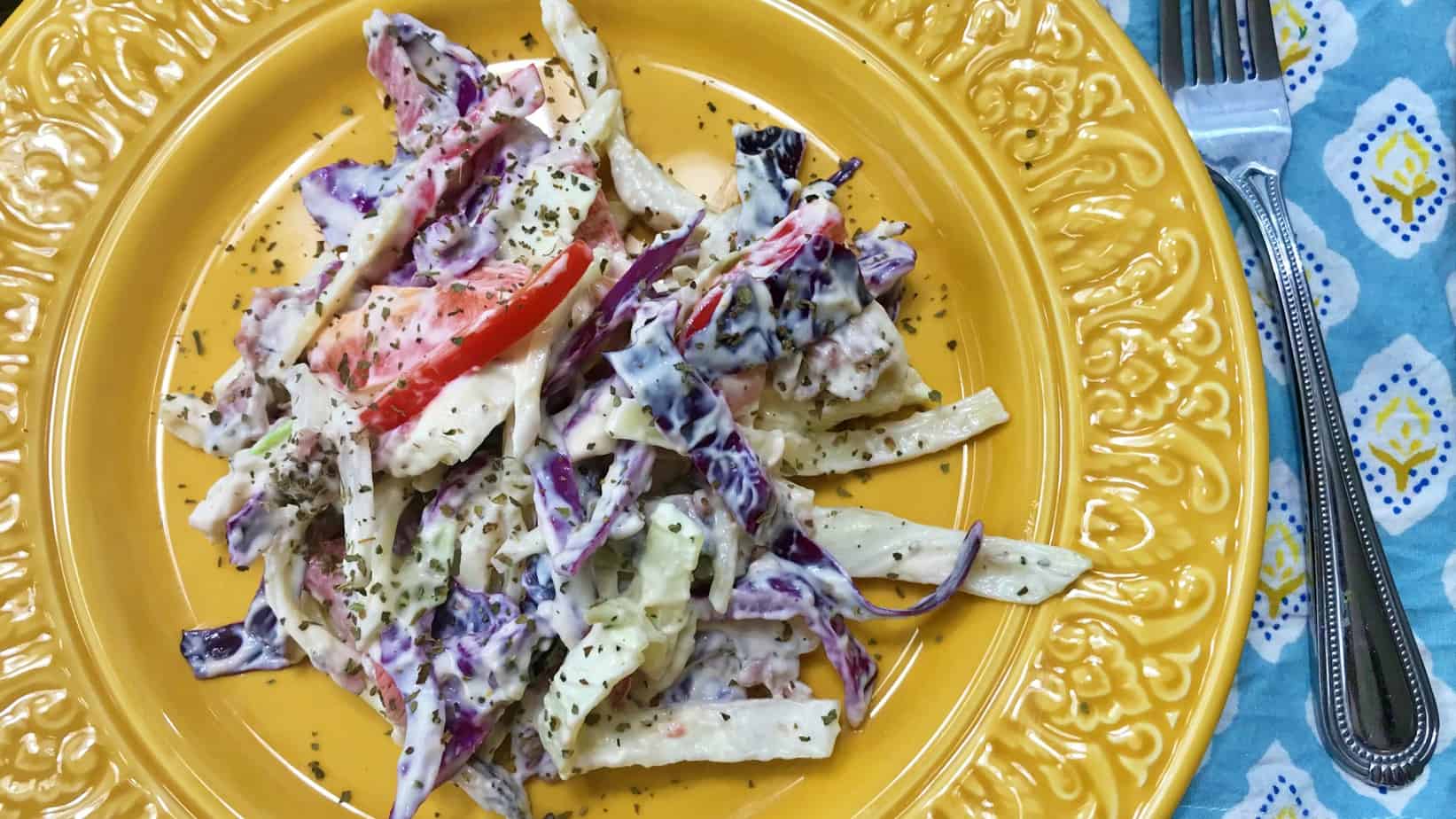 A while back I got on a kick of turning sandwiches into salads, rather than simply rolling them up into lettuce wraps. It started out when a friend of mine introduced me to the concept of the Reuben Slaw, and it kind of went on from there. The Keto Philly Cheesesteak Slaw is a recipe just like that, where you strip down the basic ingredients of what would normally go into a Philly Cheesesteak, and turn it into a chilled salad, or slaw in this case.

When looking for the Roast Beef, you will want to seek out brands that are Nitrate-free, and uncured. Even though those ingredients wouldn’t normally contain carbohydrates, they are still considered to be less than desirable to your overall health.

There are bound to be some of you who ate their Philly Cheesesteak sandwiches a variety of ways prior to switching to eating Keto, so the ingredients used in this slaw may vary from your usual lineup. These happen to be the types of ingredients that were in the Cheesesteak Sandwiches that I liked (though instead of Roast Beef they were usually made with thinly sliced Ribeye.) If you prefer yours to have Mushrooms, you can experiment and add some to your slaw.

If you make some modifications to the recipe that you feel make your version of the Cheesesteak Slaw even tastier leave us some details in the Comments section at the bottom of this page. 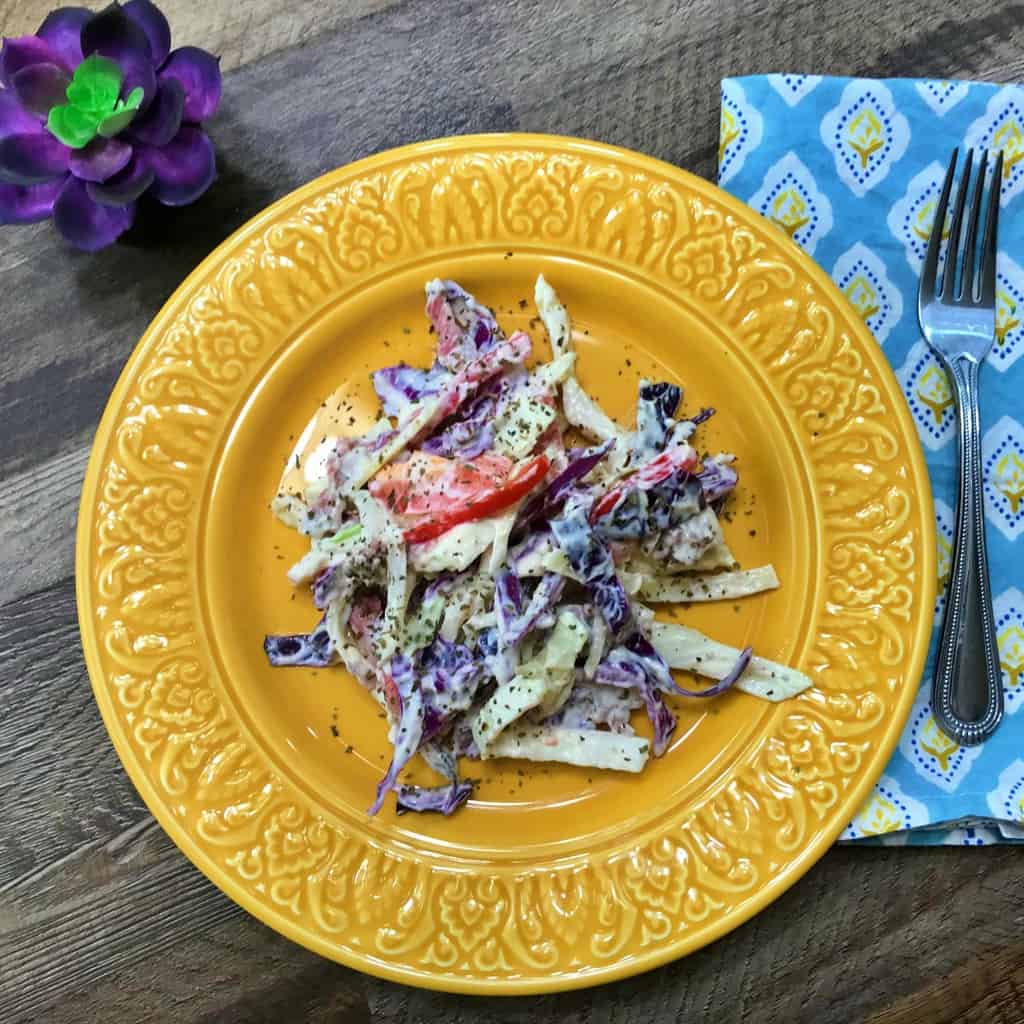