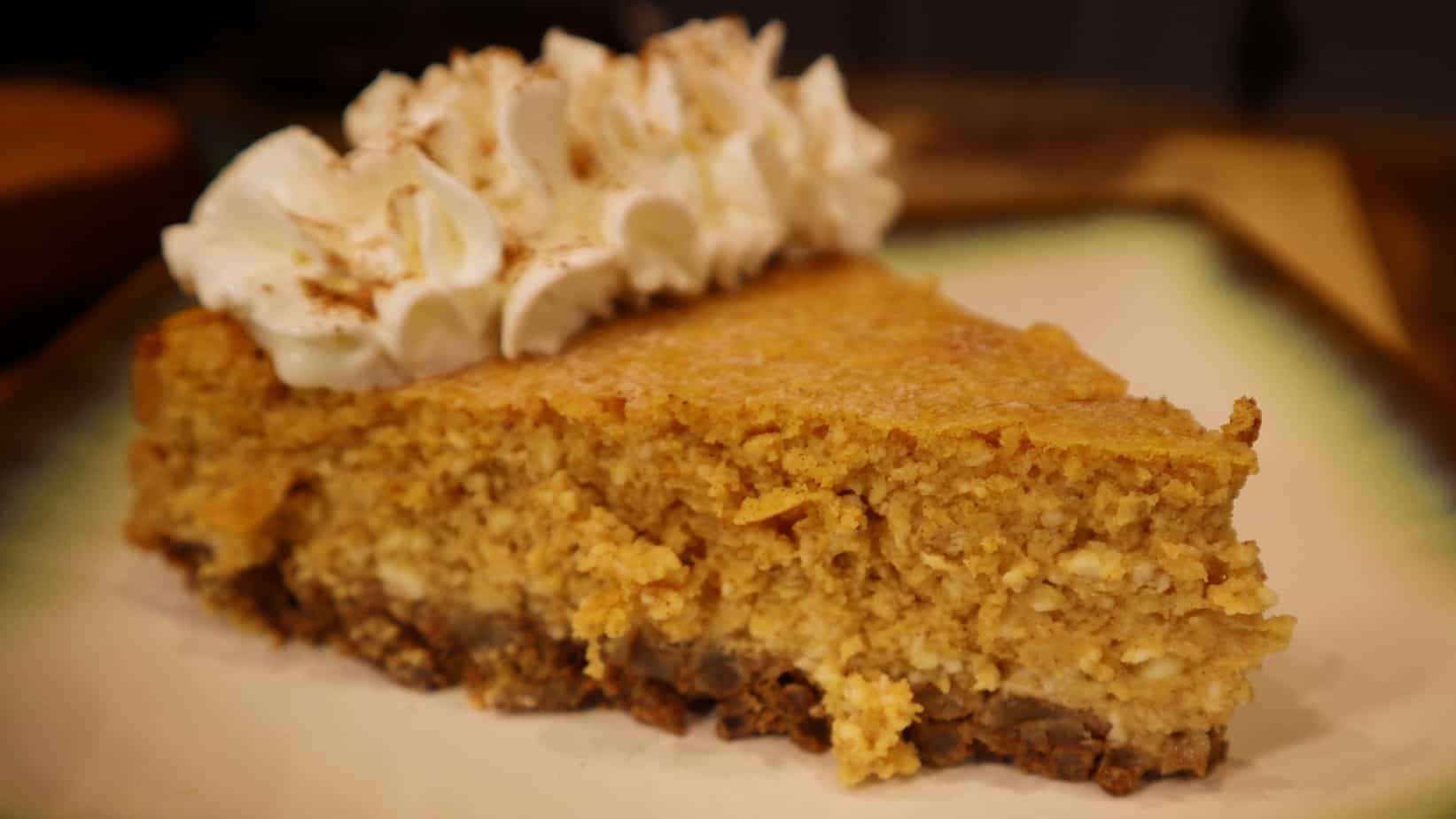 I have said before, I really love Cheesecake. One of my other favorite desserts is Pumpkin pie too. You put those two together on top of the crust that is like the topping of a Pecan Pie, and you have yourself a wonderful dessert. If you want to make this recipe the traditional way, instead of the Keto way you can always substitute out the Golden Monkfruit for Light Brown Sugar, and swap out the Classic Monkfruit Sweetener for plain sugar. That way if you stumbled upon this Keto Pumpkin Pecan Cheesecake Recipe just because it looked good, you can still make it.

Since this Cheesecake does not have a graham cracker crust, this also qualifies as a Gluten-Free recipe too (as Keto recipes tend to be anyhow), and of course it is Low-Carb too.

I included in the video a little sneak peak on how you can whip up some quick and Keto-friendly Whipped Cream, just in case you absolutely must have it. That gives it more of a Pumpkin Pie type of festive vibe to me at least. Also, feel free to make extra Pumpkin Pie spice to stick in your cupboard for when you want to spice up some of your coffee in the mornings too.