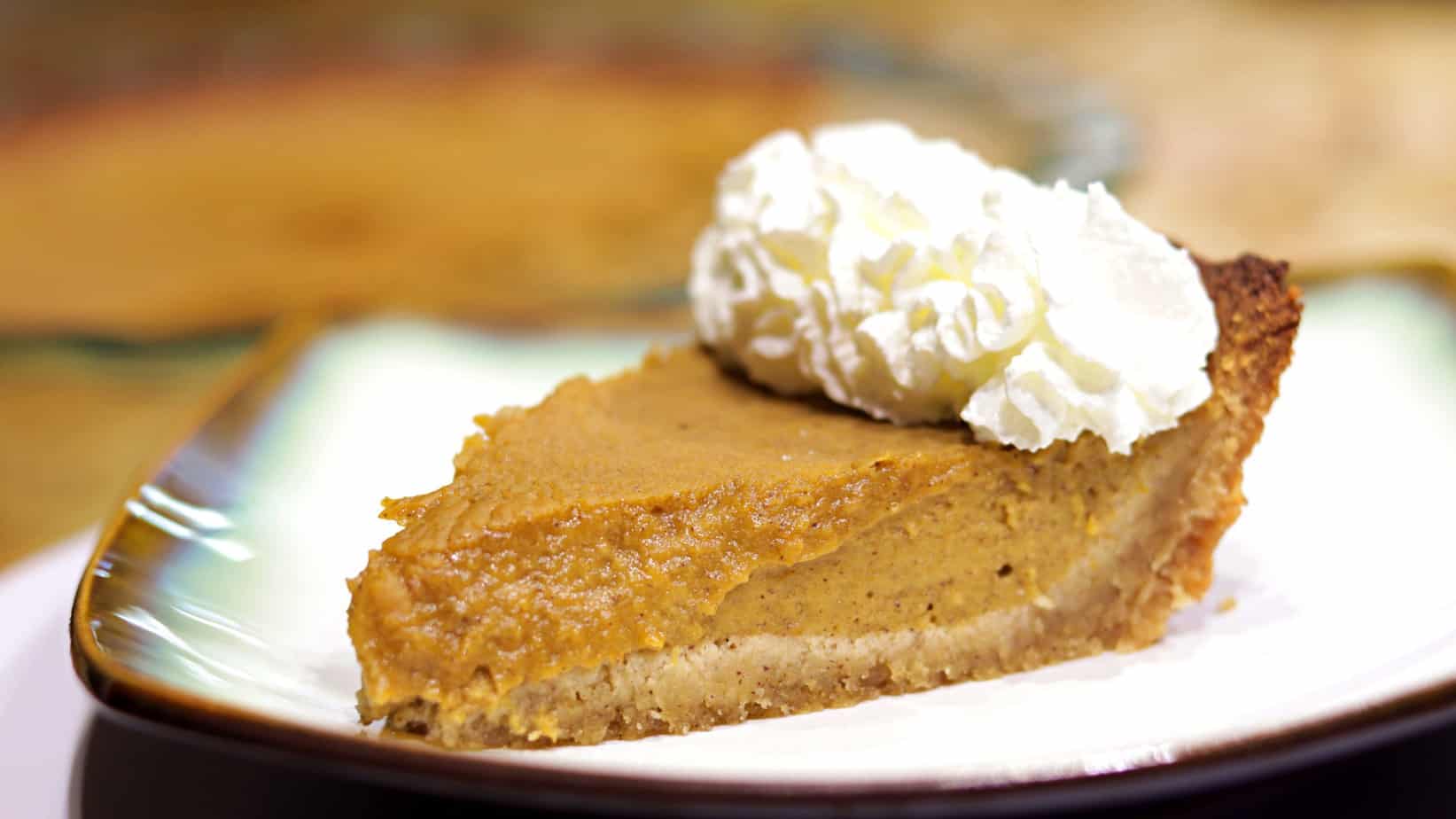 Pumpkin Pie is one of my most favorite holiday foods to enjoy, and it is a wonderful Keto Dessert. When it comes to Thanksgiving, I prefer it more than the rest of the meal itself, that’s just how much I look forward to it. Sadly it seems that the only time of the year people prepare a Pumpkin Pie is in the Fall and Winter time, but they are yummy enough that I would want to eat them all year long.

With very few alterations to the traditional Pumpkin Pie filling, this recipe easily becomes keto-friendly. In the filling we simply swap out sugar for our favorite Lakanto Classic Monkfruit Sweetener, and we substitute the evaporated milk for some Heavy Whipping Cream. The crust is a little bit more of a challenge, but a low-carb crust made from mostly butter and Almond Flour is REALLY good. The crust actually reminds me of the flavor of Honey Nut Cheerios for some reason (makes me wonder if I could pull off a keto cereal like that some day).

There are a few tricks to getting your Pumpkin Pie to turn out just right, and part of that is making sure that you bake it long enough that the center of the pie fully cooks, so make sure that you bake it until the middle is no longer jiggly. Then the next important step is not to cool off your pie too fast. If you cool the pie off too quickly you will risk creating cracks in your pie, which won’t ruin the flavor but will just make it look less appealing to some people. Make sure that you allow enough time to cool the pie off on the counter before putting it in the refrigerator. Also make sure that you leave the Pumpkin Pie in the refrigerator long enough to set too to avoid a runny pie.

I like to garnish my Keto Pumpkin Pie with some homemade Whipped Cream, which I make in a real Whip Cream canister like they have at Starbucks.

Note: If you are wanting to prevent the crust from browning up too much you can bake the pie with a sheet of Aluminum Foil laid carefully across the top. 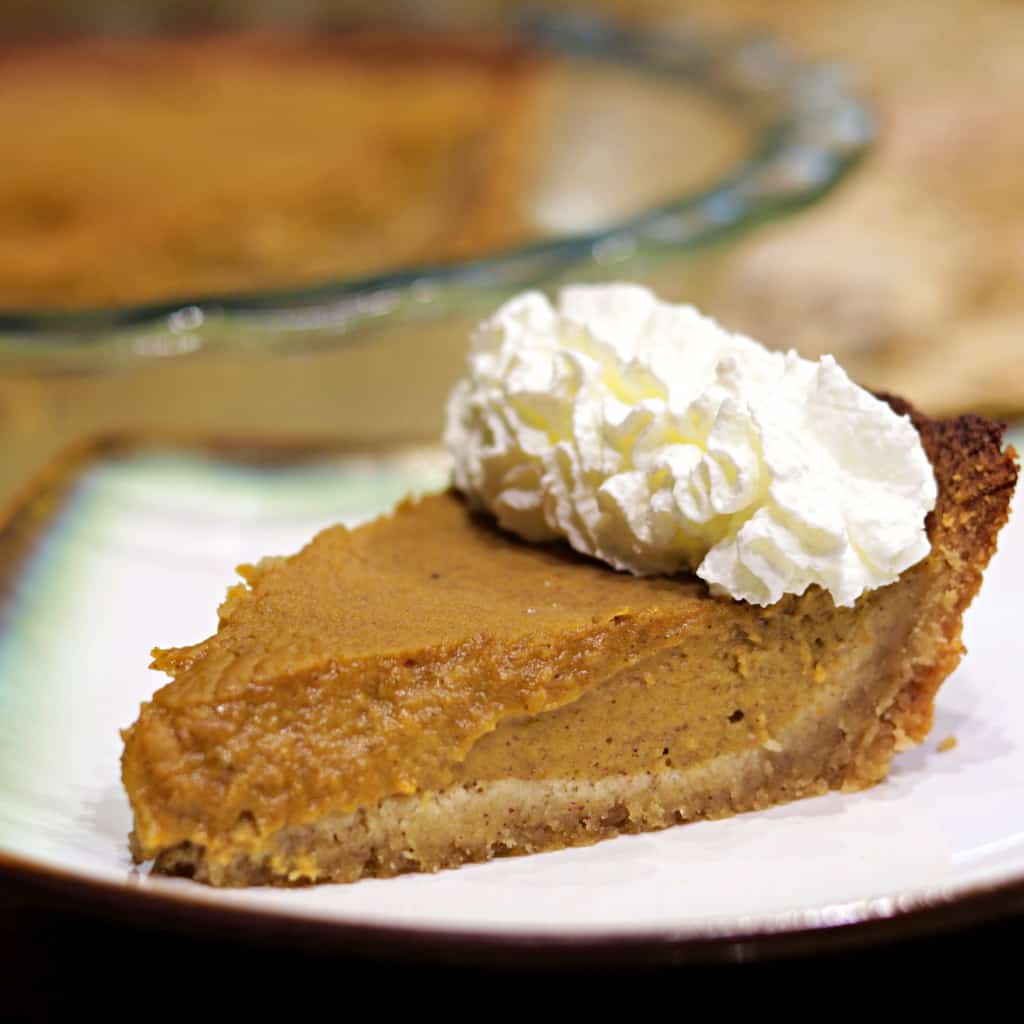