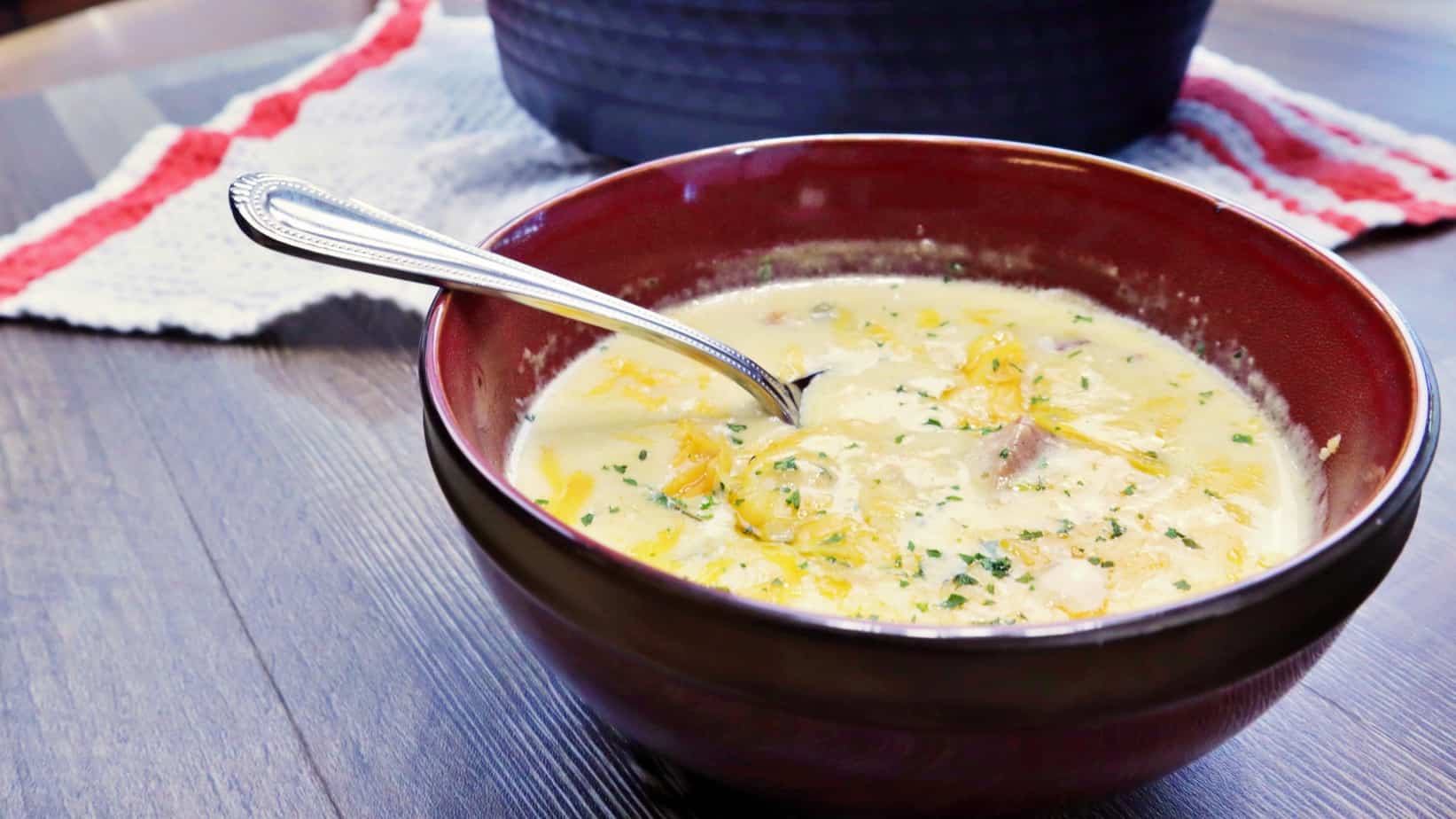 Usually when people think of a Chowder they are probably thinking of a Clam Chowder or a Corn Chowder, but rarely have I seen a nice hearty Ham Chowder. This Keto Creamy Ham Chowder checks off so many boxes of flavor, and fills you up at the same time. This is one of those quick and easy Keto Dinners that you can whip up in one pan with minimal effort.

If you want your Cauliflower chunks to mimic the tender bite of potatoes more so than rice, I suggest that you dice up the stalks of the cauliflower into 1/2″ chunks instead of grating the florets. That would make this more like the potato texture that some people may expect from a traditional chowder recipe.

Similar to our Cheesy Broccoli Cheese Soup Recipe, you could also garnish this off with some chopped bacon pieces and some additional shredded Cheddar Cheese. 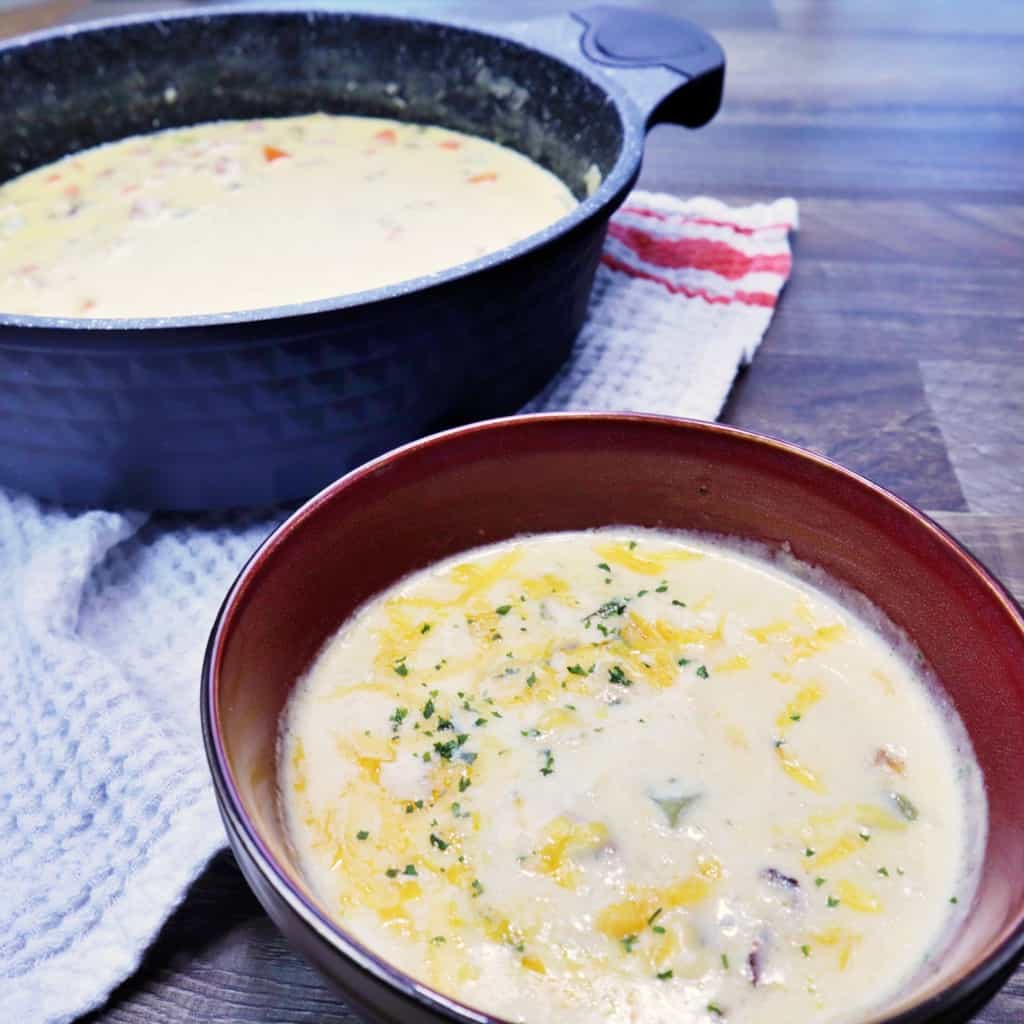