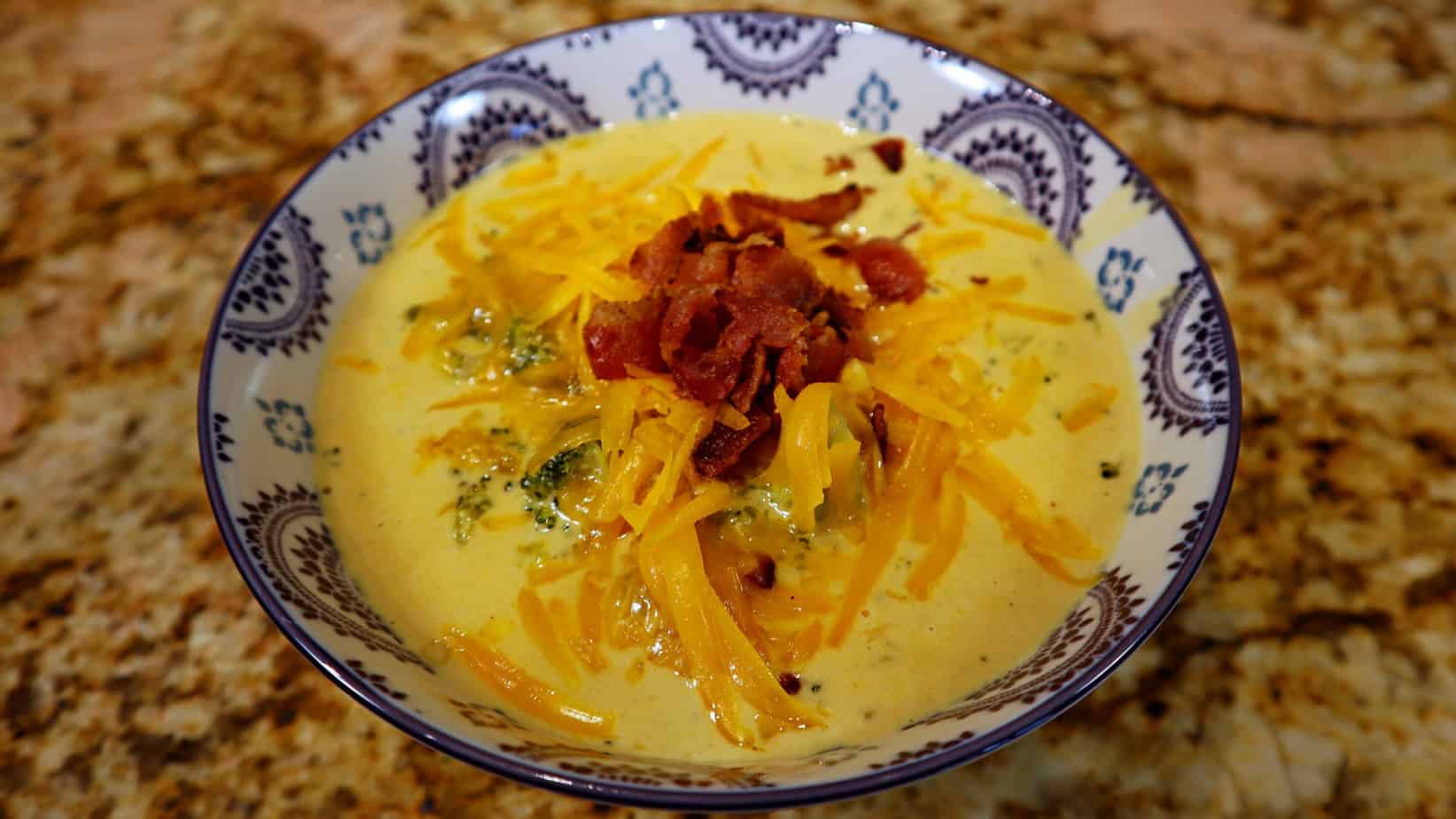 Broccoli Cheddar Soup is a favorite of many people, and in particular it is one of my wife’s favorites. While most no-keto recipes call for the use of milk, and then flour to thicken in, we went a different route by using Heavy Whipping Cream instead. This keto-friendly recipe for Broccoli Cheddar Soup tastes so much better than the original to me, and it uses REAL ingredients to make it an even cleaner version.

In addition to being Keto (and obviously low-carb), because we are not using the All-Purpose Flour this recipe is also Gluten-Free too! Now I know that some people are going to look at this and remark how Broccoli, Onion, and Garlic, have carbs. Don’t forget that Broccoli is a good source for Potassium (and Vitamin C too!) to help with those cramps, and even the dreaded Keto Flu. Also, don’t be afraid to get your carbs in for the day from keto-approved vegetables like these.

For our base we opted to use the Kettle & Fire Chicken Bone Broth, rather than a normal Chicken Broth or Chicken Stock. The bone broths just have a lot more nutrients in them, so you get more benefits out of eating it than just the flavoring of plain chicken broth. If you are in a pinch, you could substitute it, but you would be giving up some of the health benefits that you otherwise get out of this recipe.

There are some carbohydrates in this recipe, but unlike more traditional Broccoli Cheddar Soup recipes, I cut down on the amount of onion in it. Some even call for carrots, but I left those out of this as well, as I personally felt like the net carb count sits pretty good right where I have it at, and it is still more filling than you might think.

Since this recipe makes 4 hearty bowls of the Keto Broccoli Cheddar Soup, you might end up with a good amount of leftovers. You will want to store those in the refrigerator in and airtight container, and it should last for a few days in there just fine. This is intended to be eaten as a meal with these large portions. If you would rather eat this as a side to something else I would strongly advise that you cut the serving size in half for that.

PRO TIP: You may want to remove the soup from the Sauce Pan as soon as it is done cooking, as this may help reduce your cleanup process later on.