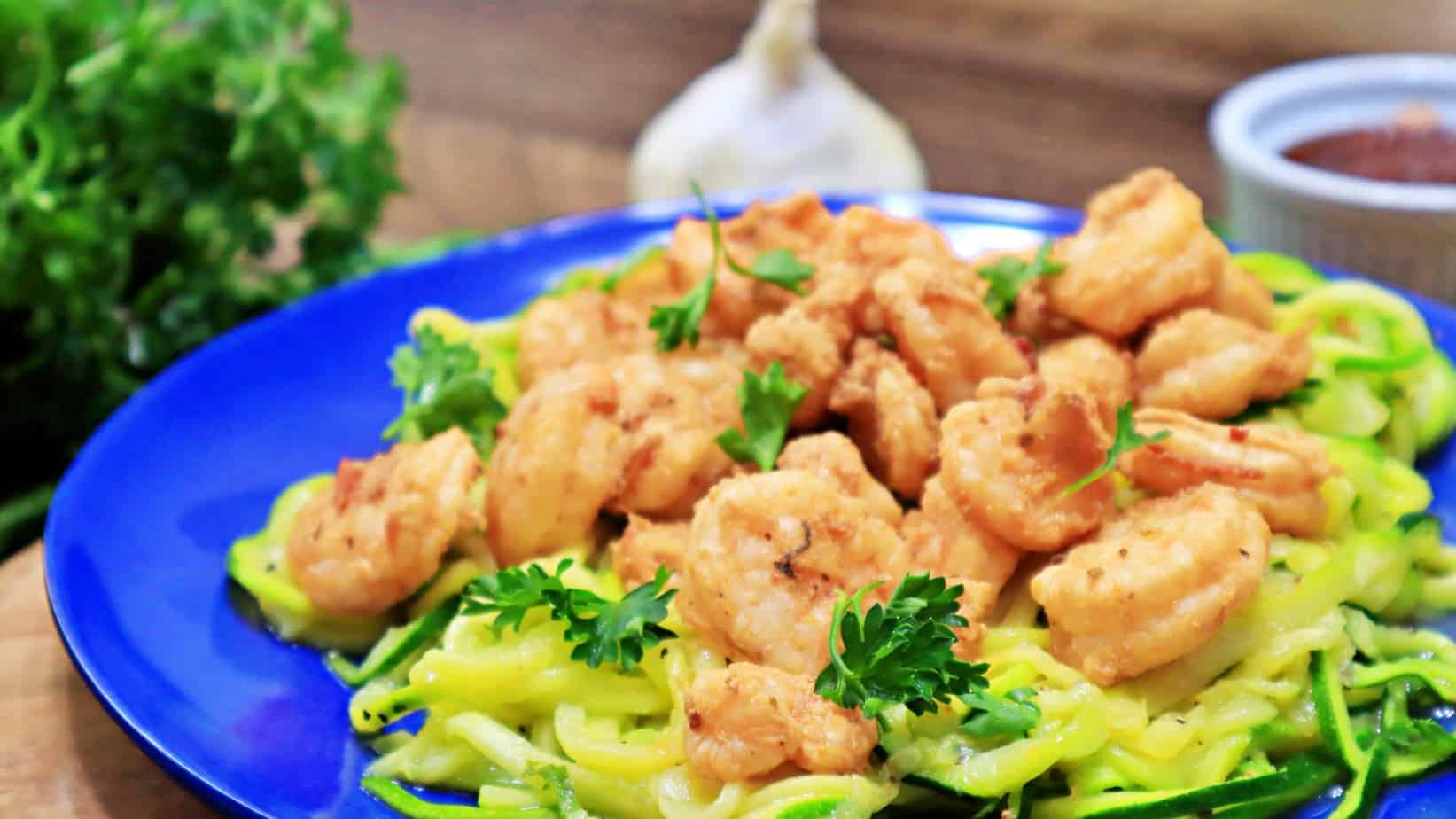 This Keto Zesty Shrimp Zoodles Recipes has a kick to it, thanks to the Chipotle Pepper marinade that we prepare. Overall, this dish is a nice and savory Keto Dinner that harbors notes of garlic and smokey pepper. I think that this one is best eaten fresh, unless you plan to store the shrimp in the refrigerator, and make the Zoodles fresh later on when you re-heat the shrimp.

For whatever reason, I am generally not a big fan of Zucchini Noodles (aka Zoodles) even though I really like to eat Zucchini. Maybe it’s because I don’t really think that their texture is a good replacement for things like spaghetti noodles when people try to use them to replace that in typical pasta dishes. Zoodles are just a bit too watery and too soft in texture to convince me that they are pasta. In a dish like this I really like them, because they are more like a bed of sautéed vegetables.

The trick to keeping the Zoodles from being too moist is to make sure that you remove them from the butter and rendered moisture as soon as you are done cooking them, and same goes with the shrimp. I typically use tongs, or a slotted spoon to scoop both of these out of the skillet to help prevent too much moisture from taking over. If you just pour these out of the skillet onto the plate there will be too much liquid, and that’s really not even needed for flavor. There will be plenty of flavor without all of those drippings.

When shopping for the canned Chipotle Peppers, be sure to read the labels to compare ingredients. Some of them will have a tiny amount of sugar in their seasonings which seems to be almost unavoidable, though hardly any of the sugar will be retained in the dish. There are some however that are soaking in mixtures with Canola Oil or Soybean Oil, and some that even have Corn Starch and other additives. We will provide a link to the cleanest one we can find in the Ingredients List, but if you know of one that doesn’t even have a touch of sugar in the spices please let us know.

We would love to hear your thoughts on how you would change this dish up, or ways that you would prepare it. Leave us some comments at the bottom of the page! 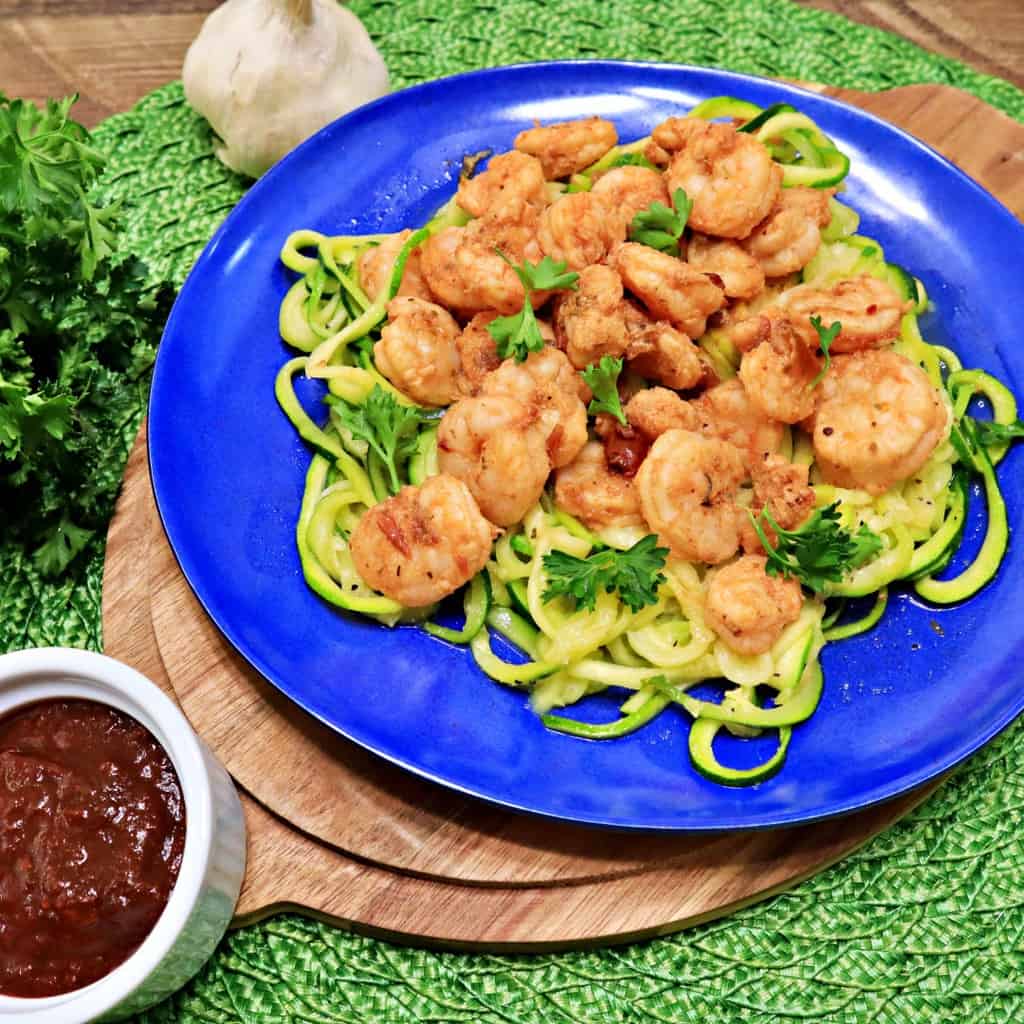