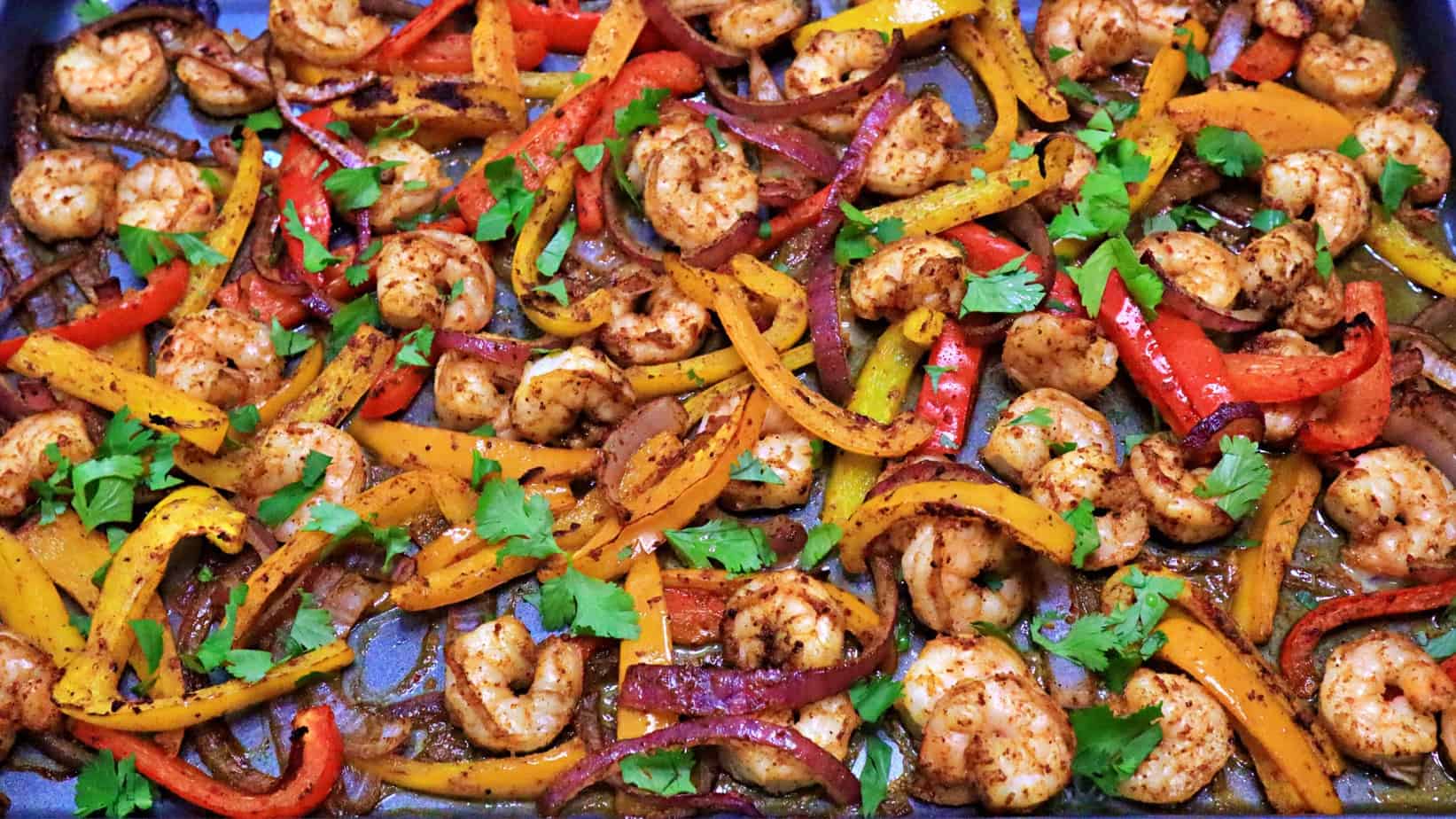 This Keto Sheet Pan Shrimp Recipe is like a Fajita Bowl, and it is so good. I especially like sprinkling some fresh Cilantro and squeezing some fresh cut Lime on top too for a citrus kick. This is one of those recipes that is quick and easy to prepare for those weekday dinners, and also something that reheats well if you are looking at meal prepping or taking your leftover to work for lunch the next day.

You could use raw Shrimp in this recipe if you want to, but it does cook up nice and quick using the previously cooked shrimp too. All you are really cooking it for is to heat up all of the ingredients, and then broiling the sheet pan shrimp to a sizzle so that they come out of the oven all hot and steamy like restaurant style Fajitas.

Alternatively, you could make this same kind of dish with some Chicken or even Steak if you want to though the actual cooking times will be a bit longer for those if you use those meats instead.

I leave the Cilantro and Lime as optional suggestions for flavoring the dish after it has been cooked, as some people do and don’t like those flavors on their food. So we will leave that up to you to decide if that’s something you like or not.